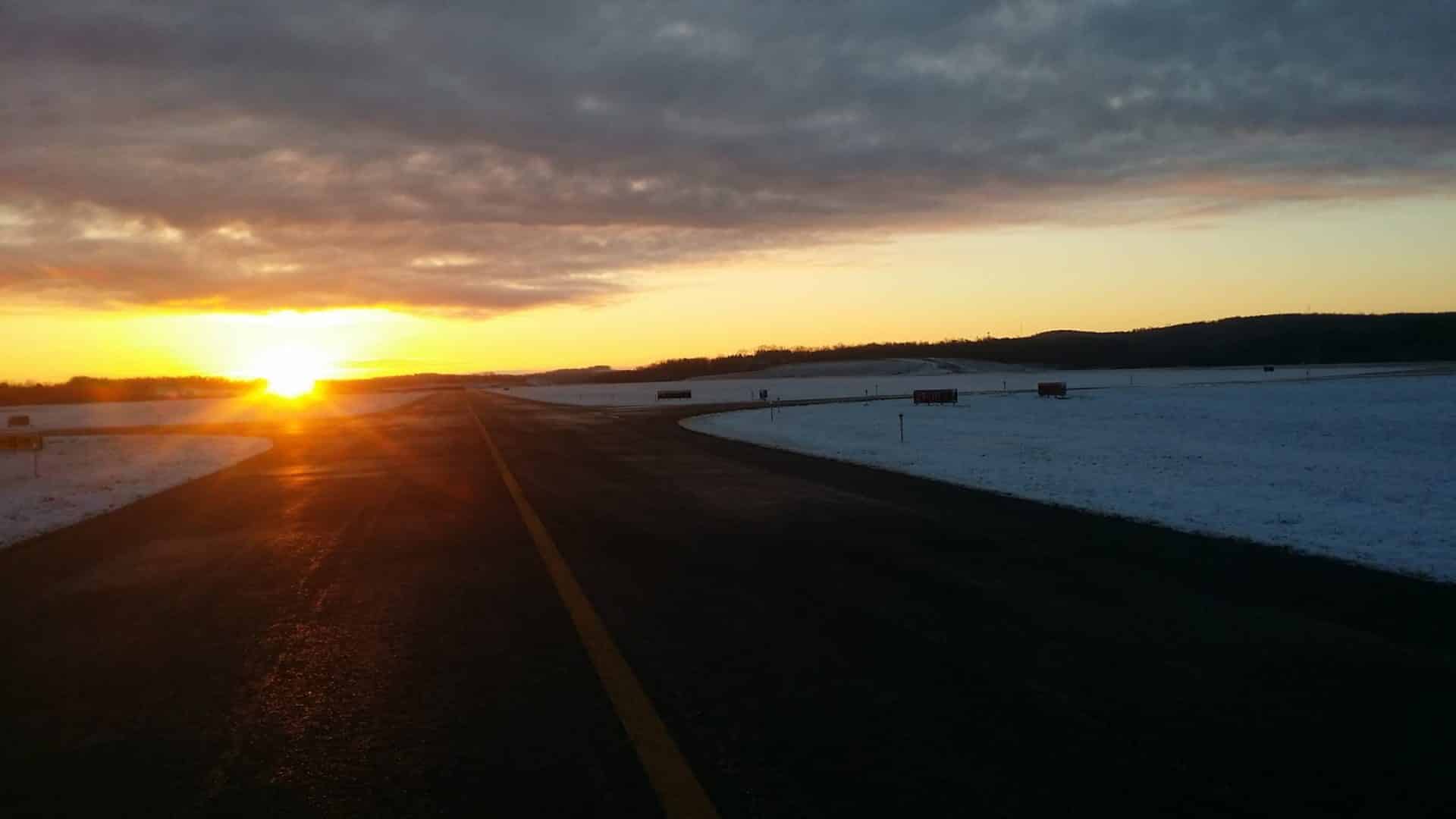 ​​​​The Jimmy Stewart Airport is a modern facility serving the growing communities of Indiana County and surrounding areas. It is a frequent center of activity for area residents and organizations, it is a growing hub of commerce for Indiana and vicinity, and it is a convenient base for efficient, point-to-point regional transportation.

The airport covers 276 acres, is located about 65 miles northeast of Pittsburgh and is part of the Pittsburgh Combined Statistical Area. It is classified as a business service airport by the Pennsylvania Bureau of Aviation and is a public-use facility serving local corporate, education and private aviation needs. The terminal building was placed into service in 1997, and the airport’s common three-letter identifier assigned by the Federal Aviation Administration is IDI.

The original 4,000-foot paved runway has been extended to the length of the new runway and serves as the parallel taxiway connecting the terminal, hangars and on-site businesses.

Indiana County’s efforts to improve the Jimmy Stewart airport are ongoing. Underway in summer 2016 are plans for adding to the asphalt surface of the runway and for removing trees and other corridor obstructions to enable a precision landing approach system.

The area’s original airport first opened May 11, 1929, as the privately owned Hamilton Field in a clearing about two miles east of Indiana Borough in White Township. A new field was opened in 1949 about one mile north of Hamilton Field and was operated by Indiana Borough. The new field was sold to the County of Indiana in 1957 and was declared a public facility on Sept. 18, 1959.

The Indiana County airport is named for Indiana’s native son Jimmy Stewart, best known as an Academy Award-winning actor. Stewart also served as a squadron commander in the U.S. Army Air Corps and flew 20 combat missions in Europe during World War II. He remained in the Air Force Reserve after the war, and retired in 1968 as a brigadier general.

Indiana County Airport is the headquarters for the Civil Air Patrol, civilian auxiliary of the U.S. Air Force. Jimmy Stewart Squadron 714 of the Civil Air Patrol provides aviation and service training for area youths and keeps a team of fliers at the ready for emergencies such as disaster relief and search missions.

The airport hangar is available as a community event center and has held events such as fly-in breakfasts and a Halloween costume party to benefit Indiana County Community Action Program. The terminal has hosted conferences and meetings for visiting dignitaries, and the airport has been a training center for the CAP and local emergency responders.

The airport provides first-class fueling (100LL and Jet A) facilities and amenities for pilots and fliers including a lounge and locker room. On-site, the airport offers:

Flanking the airfield is the Jimmy Stewart Airport Business Park, a 10-acre corporate and light industrial site offering Keystone Opportunity Expansion Zone program tax incentives for developers and tenants. The area is a prime location for regional services and others that rely on convenient air travel.

The airport is only minutes away from Indiana University of Pennsylvania, Indiana Regional Medical Center, area hospitality facilities, the downtown Indiana business district, the corporate headquarters of several financial and medical businesses and the regional offices of many energy companies.

Located at the interchange of U.S. Route 119 and state Route 286, the Indiana County Airport also gives travelers fast and direct access to other communities and neighboring counties.

Contact the Indiana County Jimmy Stewart Airport
The airport is open 7:30 a.m. to 7 p.m. Monday through Sunday during summer months. The hours change with the seasons — please call ahead (724) 463-3883 to confirm.

The authority is represented by solicitor James Carmella, of Indiana.