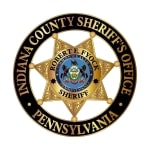 Of all the Law Enforcement agencies in the Commonwealth of Pennsylvania the Sheriff is the only head official that is elected by the citizens and that has been a standing tradition for years. The importance of the elected Sheriff is that he or she must be responsive and accountable to the citizens and address the ever changing needs of the community. There is a quote: that a Sheriff can rise no higher than the purpose and conscience of the individual citizen who elected them because of the required accountability. Working very closely with the Sheriff is the Prothonotary. The word prothonotary is recorded in English since 1447, as a principal clerk of a court or the recorder of the court.

While Sheriff's routinely provide court security, prisoner transports, and civil process services, the Pennsylvania Courts have recognized the sheriff's authority to enforce traffic laws, participate in DUI/Drug task forces and numerous other law enforcement functions. In addition, the Sheriff is charged with authority to issue firearm permits. This includes the responsibility to investigate the applications and to verify they are in compliance with  Pennsylvania and Federal Laws. ​​​​​